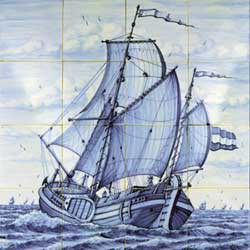 Types of Dutch holidays
Holidays in the Netherlands can be divided into three categories:

Other holidays in the Netherlands

Additionally, the Netherlands also has a number of holidays that are not legally recognised (e.g. Sinterklaas).
School holidays in the Netherlands
In the Netherlands, there is a school-free period of six weeks in the summer (zomervakantie) and two in the winter (kerstvakantie). In addition, schools also schedule holidays in:

Find out more about the Dutch school holiday system.

Which Dutch laws could land you in jail? Or, as Dutch tolerance goes, what crazy things can you get away with under Dutch law?

The Dutch may have a reputation for rules, agendas and acting ‘normal’, but Dutch laws have been some of the most ground-breaking, tolerant and flexible in the world. While other countries are starting to follow the examples of Dutch law, for example on soft drugs and gay marriage, they were quite an unbelievable advancement at the time, the most notable being when the Netherlands became the first country in the world to recognise gay marriage more than 15 years ago, in 2001.

Tolerant and intolerant Dutch laws
Below are some more interesting, funny, weird and unbelievable Dutch laws you should know when visiting or living in the Netherlands.

It is against Dutch law to urinate in a canal – but acceptable if you are pregnant.

It is illegal to smoke tobacco in all public places but not cannabis, which became a confusing matter when police fined a man for smoking a mixture of both in a coffeehouse, with the penalty laid down for the tobacco part.

It is illegal for more than three single people to share a house, an attempt to stop house sharing, which is also illegal.

How to learn languages for free? This collection features lessons in 48 languages, including Dutch, Spanish, French, English, Mandarin, Italian, Russian and more. Download audio lessons to your computer or mp3 player and you’re good to go.